Showing posts from 2014
Show All

Merry Christmas from all at Guitarbitz Guitar Shop

Every week we celebrate all things Tele with our #TeleTuesday feature.

This week we're loving thisFender American Standard Tele in Rustic Ash! A great guitar with hot pickups and an awesome look due to the aluminium scratch plate.


Comes with a hard case, strap, cable and polishing cloth all for just £949 in the sale.

Get it now in the shop or online at Guitarbitz.

WIN a Tanglewood Electro Acoustic Guitar with our Caption Competition 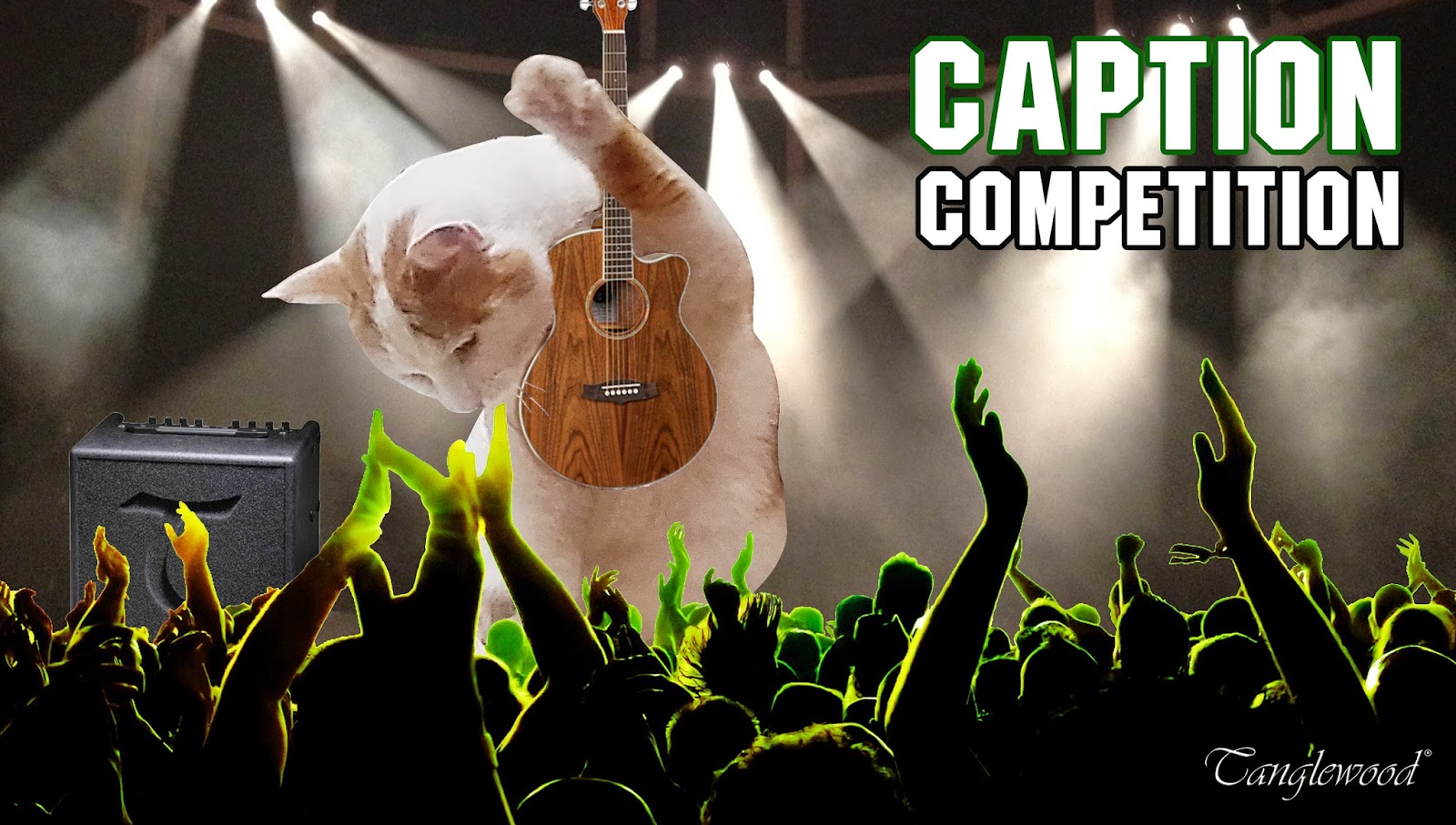 You could WIN yourself a brand new Tanglewood Electro Acoustic Guitar in our latest competition at Guitarbitz Guitar Shop.

Enter on Facebook, Twitter,Google+, In the Shop & By E-mail - Multiple entries accepted so get going and start the cations coming...hahaha - see what we did there - hehehe.

Competition closes on the 10th November 2014 and the winner will be announced shortly after. 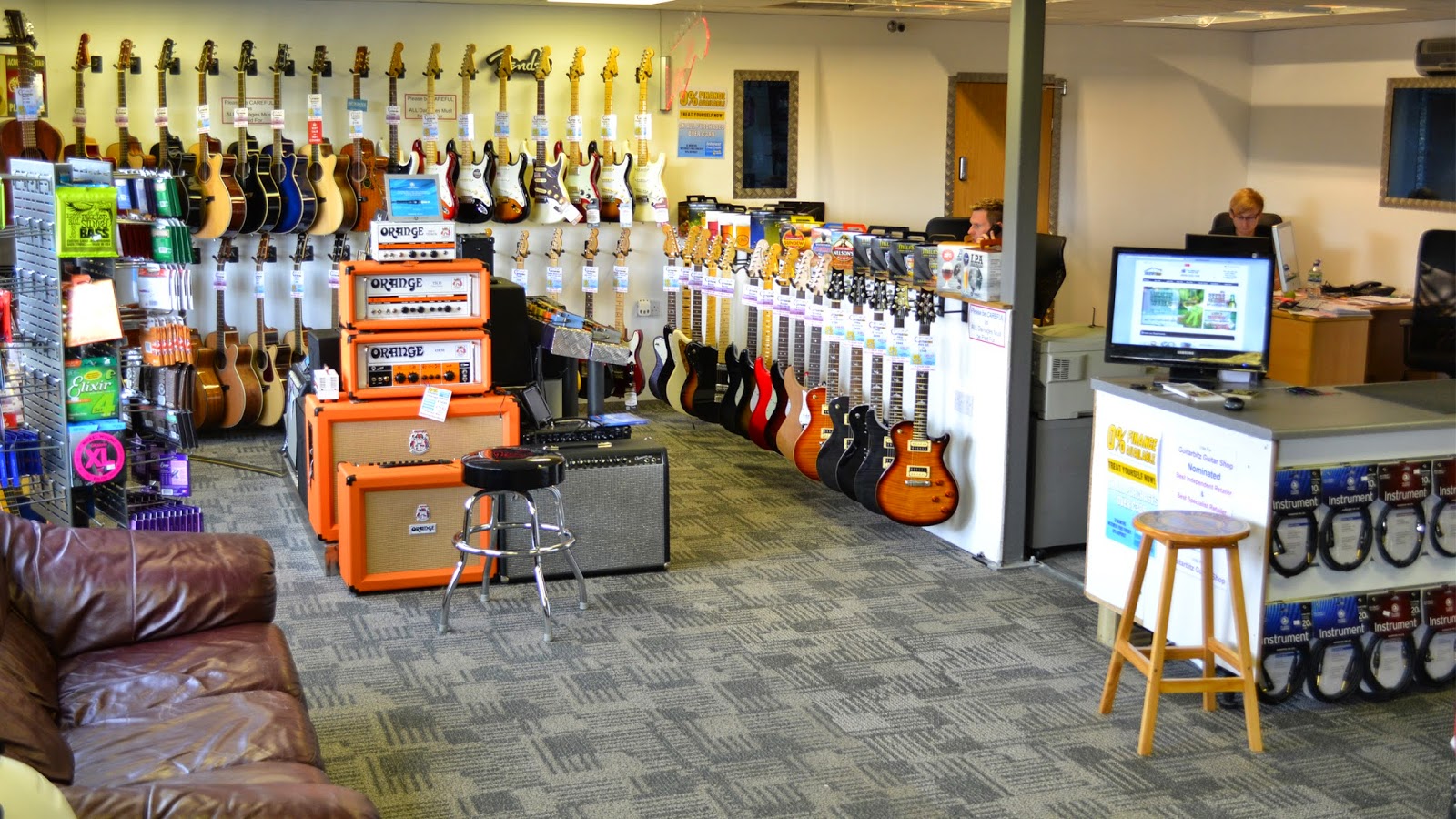 We're very proud to have made the shortlist for Best Retailer (Medium) Category in the MIA Music Awards.

Little Martin LX1E - Back In Stock 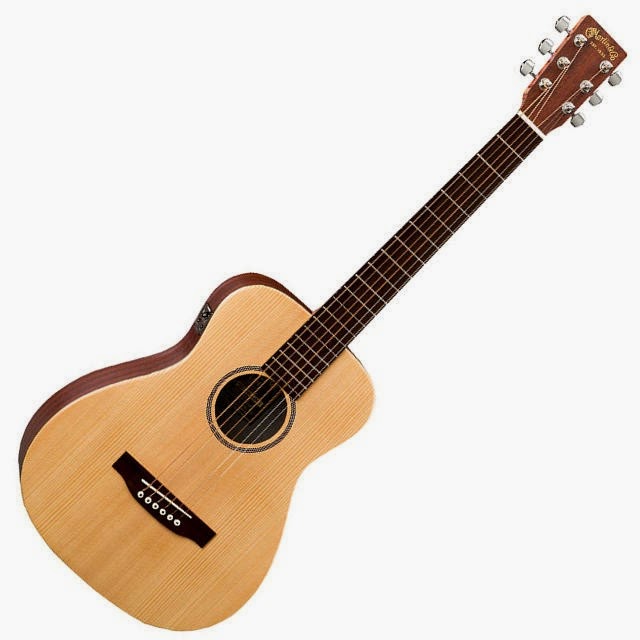 The Little Martin LX1E is Back In Stock.


With limited stocks this popular little travel guitar will fly out the door so get yours quick at Guitarbitz Guitar Shop.

Its one of Martin's smallest guitars but this little electro acoustic beauty is a big deal. It has a powerful and convincing tone and is even used by Ed Sheeran. It's the perfect guitar and ideal for travelling and moving around whether it's on holiday, school, college, work or wherever you need to be.

Just £409 or with 0% finance available, it could be yours for as little as £30.67 a month. Check it now and for more details regarding finance click here.

This little one will follow you wherever you go.

Click here for more information on the Martin LX1E.

Effects Pedals - A Guide to the Order of Effects 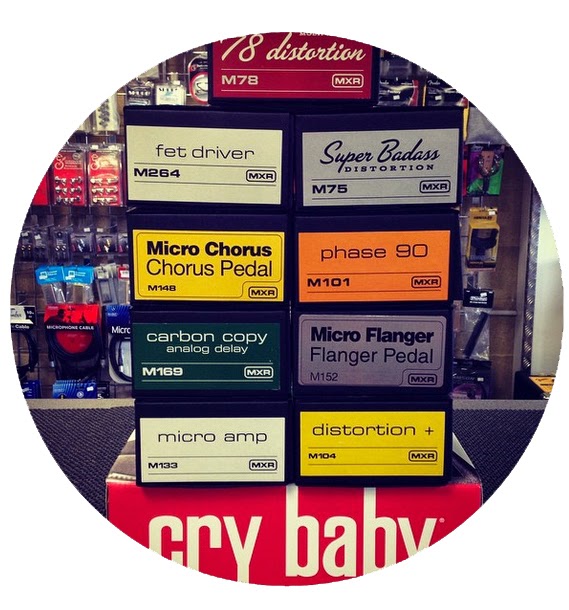 What order should I have my guitar effects pedals?

This question arises time and time again and now it’s time to find out which is the best order for your guitar effect pedals! Although there’s no concrete, strict order you must have them in, there are some ways of getting the best out of them for optimum tone!

First in line should be your tuner, it’s ideal to have your guitar going straight into it so none of the other units can alter the signal as this may cause the reading of the note to change. For example if you had a vibrato before your tuner and it was switched on you would get some weird readings and it would be almost impossible to get it in tune!

Wah Wah sounds great either before or after a distortion or overdrive stompbox, really it’s down which sound you like best. Having it before your drive pedal can give the wah more control over the signal allowing for a cleaner sweep and better response. Hendrix had his wah before the drive too so there’s reason enough to …
Post a Comment
Read more 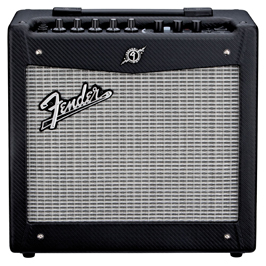 They say that practice makes perfect but how can you practice when you don’t know which amp to use?! You can find yourself asking questions like ‘which one is best for me?’ and ‘what’s the difference?’
Here we've reviewed 5 of the most popular amplifiers with built in effects and let you know a little more about them so you can make up your own mind on which will be best for you.These are a fantastic option if you are new to playing and want to expand your range of sounds so that you can jump around the living room pretending to be on stage at Wembley, or if you already are a fantastic guitarist and are just looking for an alternative to getting your pedal board out each time you want to dream up a new riff, then these could be the answer.
Take a look at what we think of Fender's Mustang i; Blackstar's ID Core 20; Roland's Cube 20GX; VOX's Valvetronic VT20+; Blackstar's ID15TVP..... 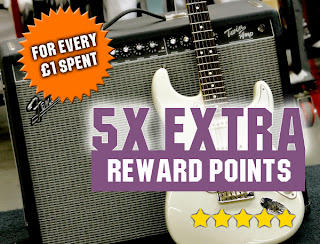 We love our customers so much that we’re giving you 5x extra rewards points for every £1 spent. Earn reward points everytime you shop at Guitarbitz Guitar Shop and we’ll convert them into money to be used on future purchases with us.

Use the code NLJULY5 in your next purchase and start saving points now.


Whether you’re a beginner, intermediate or proffessional guitar player, we ‘ve got everything you need from Guitars and Strings, to Amps and Bags online and in store.


Head to the park with a new acoustic guitar and play a set in the sunshine. Shop our range of Takamine, Tanglewood, Washburn and Martin Guitars now.


Krank up the volume and make some noise with a new electric guitar from Fender, Ibanez, PRS or Gretsch.


Shop from our huge range of Fender, Blackstar and Orange amplifiers, starting from just £89.
Post a Comment
Read more

To view this email as a web page, go here.

Just for Dad!
on
Father's Day

To view this email as a web page, go here.

With Interest Free Credit, a 10% deposit and 0% finance over 12 months, FREE next day delivery and our market leading service, that new guitar, you’ve been yearning for, is really possible.

Credit is available on a huge range of products at Guitarbitz Guitar Shop, just take a look at these examples of how affordable a new guitar or amplifier can be.

Buy a Martin 000RS1 Road Series Acoustic Guitar for only

Buy an Orange TH30 Amp for as little as


Visit our website & see how affordable that new guitar or amp is!


As a Guitarbitz customer, you have already experienced our unrivalled service, you know about our excellent reputation and you know we have an awesome range of guitars from Fender, Martin, PRS, Gretsch, lots of amplifiers from Orange, Vox and Blackstar and a huge range of strings, accessories, pedals and case
Post a Comment
Location: Frome, Somerset BA11 2RY, UK
Read more
More posts